Some years ago, I worked as a children's nanny, and one enjoyable pastime was taking the children out on a day's ramble. One ramble in particular, which was and still is quite popular, is a walk called "The Hudson Way". The walk takes you along a disused railway line, and is ten miles in distance. It connects the market towns of Market Weighton and Beverley, and can be walked in either direction.

The original line went as far as the city of York, traversing much of the East Riding of Yorkshire, where I live. Other stops on the line included Malton and Driffield. The line itself was built by George Hudson, a famous railway engineer. It was bought by the former Humberside County Council, now replaced by a new authority called the East Riding Council, which was the original name used before the mid 1970's.

There is a good bus service from Beverley to Market Weighton, with the X46 bus leaving Beverley at half past the hour during most of the day. There are less buses on Sundays, but one at 10.30 is very convenient.

At Market Weighton, you start the walk at Station Road, just past the church. Once on the line, you come to a stream called St. Helen's Well. It was here that the engine drivers would refill their water tanks, because of course they were steam trains. The stream used to appear mysteriously from under an arch formed by the roots of an old elderberry bush. Now, it has been given a stone arch.

The track then leads onto Kiplingcotes, which is famous for a racecourse, and there is a small furniture and antique shop on the old station platform, called "Granny's Attic". This is of interest to anyone interested in antiques and collectors' items. It is sometimes open for refreshments.

There is also a nature reserve on the route, in Kiplingcotes quarry, which provides information about the various types of wildlife found there at different times of the year. It gives the names of the protected species of birds and flowers etc. In Summer, the track can be seen to have many blue Adonis butterflies, adding to the colour of the flowers, and bringing the track to life. There is a surfeit of blossom on the many hawthorn bushes in May. The wild flowers include birdsfoot trefoil, tufted vetch, speedwell, campion, wild pansy, bugle, pyramidal orchid, and many more, but I don't know all their names.

The area around Market Weighton is chalky, which means that the ground is porous, and so therefore will often seem dry, no matter what the season. Walking on to Cherry Burton, you pass many farm buildings, since farming is the main occupation in these parts. After passing Cherry Burton, the land becomes flatter, and this section can be psychologically very tiring, because there is not much to see, apart from some Ministry of Defence buildings, and endless fields.

The railway bridges overhead add to the imagination of what it was like to travel on the trains. It is also fun to stand underneath them singing or just speaking, and listening to the echo relaying back the song or speech. The brickwork under some of the arches is laid in a very skillful diagonal pattern. You cross over one very high bridge, where you can get a good view of the surroundings, and watch the wind blow patterns across the corn fields. This bridge is very cleverly made, with the road travelling diagonally through it, and the aperture shaped at the right angle for this.

One day we saw many little whirlwinds of hay in the fields, as the farmer had been cutting the crop, ready for baling and collecting it to put away in the barns.

To enter Beverley, you cross the new bypass over a bridge near the "Hayride" pub. The track continues for about another ¾ mile until you approach the junction with the current Hull - Scarborough line. The last bit is fenced off to keep people off the railway track, and a new signpost directs you to the town centre. You eventually see St Mary's Church, and then the Minster to guide you there.

Every time we have done this walk, we have been lucky with the weather, apart from a couple of light showers of rain. The only time we didn't walk it was Winter, because when there is a heavy snowstorm, public transport naturally has difficulty reaching some of the remote villages and small towns.

There is always plenty to talk about and to see. Not everything can be taken in, but a simple activity like this can be so enjoyable. I always taught the children not to leave any of their rubbish. The only things they could leave were their footprints!

The latest news is that a reopening of the line is being considered. It would take a lot of pressure off the overworked road system, and has to be welcomed. However, it would mean the loss of a fine walk. You can't have everything!

Pictures relating to this article
Click for more information 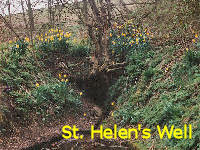 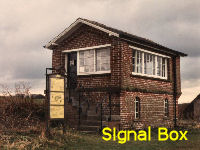 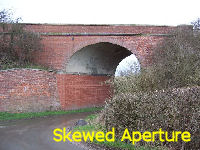 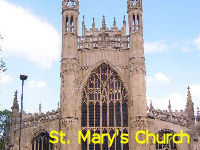 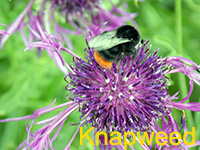