Night in a Snowdrift

Whenever I see heavy snow in the East Riding of Yorkshire, my thoughts return to the winter of 1947, when the snow fell almost non-stop. Everywhere was chaos. Roads were cut off, villages on the Wolds were affected by the drifts, and the inhabitants were dependent on the helicopter getting their food and their necessities to their aid.

Cars were marooned on the frozen drifted roads, and buses to and from Bridlington, York and Hull stopped running, no longer able to serve the community. Only the trains were left, until one fateful night.

This particular night in 1947 I have cause to remember. I was on night duty at the "Retreat" Psychiatric Hospital in York. I was off duty that night, but was on call, which meant that should any other nurse be absent through illness, I would have to take her place.

I knew I was taking a risk in visiting my parents in Driffield, but at that particular time Everingham's bus was still running, therefore I thought it was safe to make the journey. We encountered heavy snow along the route but managed to arrive in Driffield. The bus made the complete run to Bridlington without mishap, but only just.

All through the day the snow continued to fall, reaching blizzard conditions. The news was bad. The road from Bridlington was now definitely closed, and Everingham's bus was not running! I did learn, however, that the train from Bridlington to Malton was running, and that I would be able to connect for York. That was cheering news anyway.

This story concerns the famous "Malton Dodger" train, so called because of the winding rail track between Malton and Driffield. Dodger had the record of never being late, and the Wolds' people always spoke of her with pride.

Thus it was that wild winter's night that Dodger went down in history. The scheduled time of leaving Bridlington was 7:00pm, arriving Driffield 7:30pm, where I was the only passenger awaiting her. It was now 8pm, but there was no sign of her. For the first time, Dodger was late!

I began to think this train had been taken off because of the conditions, and was about to return to my parents' home by 8:30. Then I heard the familiar sound of her "chug-chug" as she rumbled alongside the platform.

"Quick!" the guard said to me. "Get on board. We must not waste any time. We have had a bad journey from Bridlington, and thought we were going to be stuck in the drifts." When I was settled in the dry carriage the guard blew his whistle. Then our nightmare journey began!

The snow began falling more heavily; we were eight miles from Driffield when Dodger gave a terrible lurch then stopped dead. Then we knew the awful truth - we were fast in a snowdrift. The guard came along and told us: "make yourselves comfortable, we may be here tomorrow at this time if this continues." Our hearts sank.

As if the elements understood his words, blizzard conditions commenced. We were in the open country with no trees to shelter us. Back came the guard, knee-deep in snow, asking how many passengers for York. When he learnt there were three of us, he said: "The train is being held at Malton for you. That is if we get out of this mess".

What an outlook! Some minutes later he informed us the train had gone on to York, because there was no sign of our release, and it could not wait any longer.

The driver, fireman and guard were valiantly trying their best to dig us out, but the more they moved the snow from Dodger's wheels, the more the blizzard sent it down. It would appear the devil was on the line with us that night.

To make matters worse, Dodger was not a corridor train. Therefore we could not stretch our legs, and there was not much heating to warm us up.

Someone looked through the carriage windows and said: "There are more men with shovels on the line, and they are digging for all they are worth." That brought us a glimmer of hope. 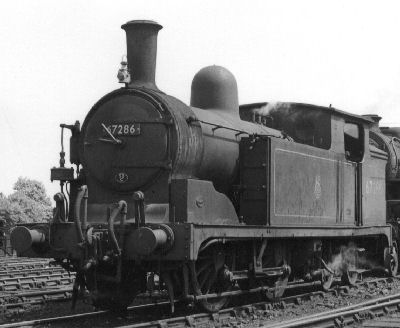 Yes, it was true; the men from Malton had reached us with another engine, a snowplough and shovels. At 3am, Dodger moved, and we were free. Some of the rescuers climbed into our carriage. We could not thank them enough. They were tired and weary, but said they were glad to be of service.

One more stop further along the line to pick up two more passengers, some thoughtful person had made hot strong coffee for which we were grateful, then we set off non-stop to Malton. Once we passed North Grimston, we knew we were really at the end of our nightmare.

Somewhere a clock chimed 4am as we steamed into Malton station. We took leave of our gallant rescuers, and the Malton people wearily made their way home to bed. We three for York were making for the waiting room when a voice called out: "Passengers for York, your train is standing at platform four."

Had we heard right? Yes, the L.N.E.R. had not forgotten us in our hour of need. When we arrived in York, three railway officials met us and gave us the freedom of the buffet, and taxis to our journeys' end.

The Malton Dodger? What of her? The winding rail-track between Malton and Driffield is now grown over with weeds, and the rails have long gone. I do not know where Dodger is, but wherever she sleeps may her dreams be peaceful.

A section of the railway has now been rebuilt by the Yorkshire Wolds Railway group. Visit their website here.