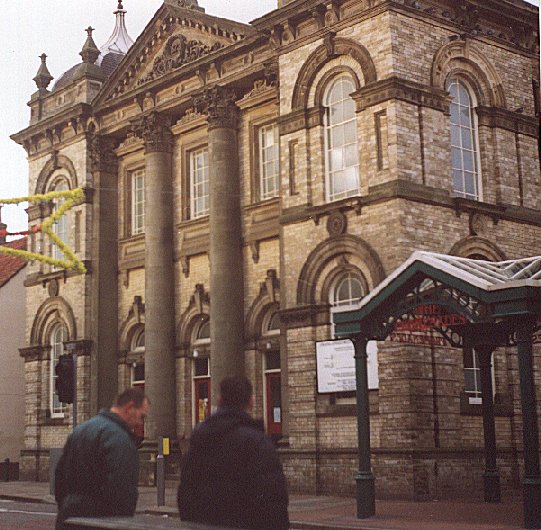 The original chapel on this site was built in 1795 for the Wesleyan Methodists. It was extended later, but in 1873 it was completely rebuilt. The design was by William Botterill of Hull (1820 - 1903), who was well known for the many houses and churches he had designed in Hull.

This fine example of Victorian Neoclassicism could hold a big congregation, but was always full in Victorian times, especially in Summer when visitors from the industrial West Riding would join the locals. As the attendance dwindled in modern times, it became too big to be maintained and the congregation began meeting at other churches.

A new use was needed that would keep the place in good repair. It was a Grade 2* listed building and so its future seemed secure. Planning permission was given for conversion to a restaurant, but nothing was progressed, and regrettably, on 12th October 2004 the roof collapsed and demolition was the only way out. At first it was thought possible to save the façade, but further examination showed that all of the building would have to be lost. It was razed to the ground on 31st October 2004.

The back wall of the main building and the Sunday School were left for several months. The proposition by the owners of the site was to build shops on it. That meant removing the last bits of the church, and joining the new shops onto the current ones in the Promenades centre. Of course, the owners of the site also owned the Promenades. They sold the site. The new owners stated that they too would build shops here, probably starting in January 2006. Meanwhile, the remaining part was left exposed for many weeks and then the organ was finally covered with plastic sheeting.

Work finally started in February 2006, and the remaining parts of the church were demolished. The area was sealed off, a large hole in the ground was left inside the fence, and nothing much else happened until July 2006, when diggers started levelling the surface. The shops are now built and open.

Photos illustrating the demolition
Click for a bigger image 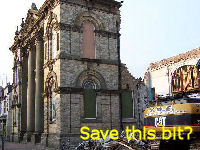 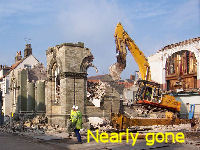 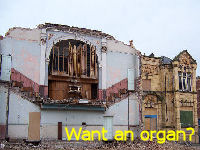